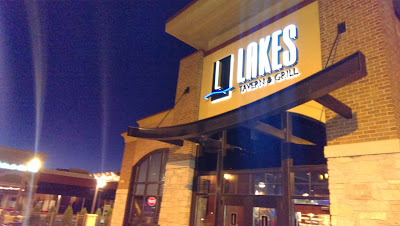 Had King Arthur and his band of knights trotted up to the Woodbury city line, Arthur would have observed the landscape, called it “a silly place,” and led his men back to Battle Creek. To outsiders, Woodbury is easy to read: Edina East. The truth is, Minnesota’s fastest-growing city suffers the same sort of identity tussle common among enterprising mega-towns.

Need Chinese take-out or a manicure? Hit any strip mall or shopping center. You’re probably walking distance from one. Itching to egg a McMansion? We’ve got ’em by the cluster, huddled together in sub-kingdoms with wank-motion titles like Lake Inverness Estates or Windom Ponds. But, once your nails have dried and you’ve circled out of that cul-de-sac, you’re in the only Twin Cities suburb successfully housing a Cowboy Jack’s AND a Wild Bill’s.

I didn’t think we had that in us.

Woodbury hasn’t got that much audacity, but it’s got some – two minutes on Radio Drive will make that quite clear. One restaurant has been especially gutsy of late, creating a cheeseburger and naming it the Best Burger Ever. The perpetrator is Lakes, a stand-alone building on the outer reaches of the Woodbury Lakes retail hell shopping center.

My good friend (Code name: Masseur) and I tried one on Sunday, while the Vikings were being cruelly toyed with by the Packers, and … while “best ever” is a bit chesty, I will say this: It’s one of the top five cheeseburgers in the Metro area, and it’s the first big thing you’ve GOT to come to Woodbury for!

I can think of a lot of cities still searching for that first big thing. Well played, Lakes.

The Basics: Lakes is located just beyond The Gold Guys in Woodbury Lakes. Save yourself some blood pressure points and take the first (if you’re coming from the east) or last (if west) entrance in. They’re a relatively young establishment with a ridiculous Sunday happy hour. Here, have their website.

The “L” on the outside sign’s got a squiggly blue line beneath it, but that’s as far as they get with references to actual lakes. Instead, think of an Olive Garden with a sports bar in it. Take out the fake Italian family photos and sub them with local flavor in frames. Hang a few weird-shaped ceiling fixtures and voila! Lakes.

I arrived first and slid onto a square, cushy barstool and rested my arms on their marble countertop. The first thing you’ll give them is this: You can’t not see a big-screen in the bar. If you were a Vikings fan that night, your only escape was the parking lot. Masseur showed up a few minutes later and was ordering his beer before his seat was on the seat.

If you’re a craft beer geek … you know what, if you’re looking for crazy new beers and you came here in the first place, pardner, I don’t know what to tell ya.

Masseur and I caught up and eventually ordered. There was barely cause to look at a menu. I don’t recall the wait time for our food, but I know it was after Cordarelle Patterson’s kick return and during the 59 minutes and 40 seconds the Packers were having the fun. IMPORTANT NOTE: You can sub out fries for mashed potatoes.

I like my mashed potatoes like I like my women: steaming hot and dirty, and that’s exactly how they come at Lakes. The serving size, however, is piddly. Three or four bites reduced my side to nothing, and I turned my attention onto the Best Burger Ever.

The top bun was an unsteady roof, like a rapper’s cap. Underneath that, the tomato peels; underneath that, the egg. The bacon planks, arranged in an X, reached out past the foundation and hung on the side. Over Mr. Pat LaFreida’s little darling oozed a slice of white cheddar. I squeezed the buns enough to pinch loose the egg yolk and got to work.

Bites were smooth but required some calculation. If you can’t really squish this thing, you’re going to have a hard time with it. Otherwise, the BBE expertly wields the breakfast-at-dinner sensation while continuously reminding you, “Hey, you’ve got a heck of a burger here.” As a general rule, burgers you eat without ketchup are better than the ones you eat with it – and I didn’t once consider the cat-sup tonight.

That makes it a very good burger. But does it make it the best? Not quite.

It’s got most of the kit, but its wellness was a heel. I need to try it medium rare.

This burger ranks very high, but we’ve advanced to the point where the blue ribbons hang on the necks of those who take the hard swings and send the ball over the fence. A fried egg and bacon just doesn’t get you there anymore, no matter where the beef came from.

Yet, the BBE is the best edible representation of the city it’s made in. It’s the shopping center with the wire nest of one-ways. It’s the fully-loaded, jet-black sedan with fuzzy dice dangling from the mirror. It might look clueless, but the chaos is gorgeous. And that’s Woodbury.

You won’t find the best burger ever here, but you will find the Best Burger Ever. Go ahead and brag about it. You’ve got my blessing.